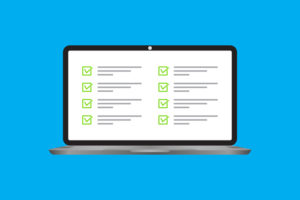 The European Union is attempting to improve non-financial reporting, but it has already received a warning. Indeed, officials have been told that standardisation of company information and metrics primarily promotes the interests of large institutional investors and could lead to “green washing” and “box-ticking”.

The EU’s Non-Financial Reporting Directive (NFRD) was intended to improve sustainability reporting across Europe’s publicly listed companies. Last month, however, a full review of the rules was ordered following a series of complaints that reporting against the directive was poor and failed to provide comparable information.

Now ecoDa, the association for institutes of directors from across the EU, has issued its own warning that the search for standardised data to publish in pursuit of comparability may not aid the drive for more sustainable companies.

In response to a consultation, ecoDa said attempts to facilitate comparability across companies is “often contradictory” to the “true” information needs of investors about specific companies.

It added that standardisation “promotes primarily the interests of large institutional investors and their proxy advisors, who need to assess hundreds of invested companies, rather than those of active and engaged owners” of stock.

“The risk with full standardisation and mass data processing,” the report said, “is to promote box-ticking and green washing.”

EcoDa suggests standardisation may help with a “good collective conscience” but financial reporting should be aimed at identifying and rewarding “virtuous businesses”.

The NFRD asks large companies to report on policies in relation to environmental protection, social responsibility and the treatment of employees, respect for human rights, anti-corruption and bribery, as well as diversity on company boards.

The rules apply to companies with more than 500 employees—of which there are roughly 6,000 across the EU.

The debate over non-financial reporting has rumbled on for some time. Recent research from the Alliance for Corporate Transparency (ACT) concluded that while there is a good deal of sustainability reporting underway in the EU, much of it is poor quality.

The ACT found that less than a quarter—22%—of companies presented sustainability indicators in summary form, in stark contrast to the way financial metrics are displayed.

It also found that only 14% of companies report on how they align their climate-change targets with the Paris Agreement goals, which aim to keep global warming below 2 deg C.

The UK government commissioned its own research looking at non-financial reporting last year. It found that “a lack of common metrics makes it difficult for investors to compare across reports.”

There were also concerns about how to gauge the “materiality” and significance of specific risks.

Researchers also uncovered a desire to see the requirements of non-financial reporting—of both UK (2013) and EU law (2016)—integrate with other reporting schemes, for example those produced by the Task Force on Climate-related Financial Disclosures.

The response from companies, those implementing non-financial reporting, was mixed.

The European Commission is likely to press ahead with reforms that demand more detail from companies. Climate change and the need for “sustainable” corporate activity will drive reform.

As European Commission vice-president Valdis Dombrovskis recently said: “As things stand today, there is currently a sustainability reporting gap that is hampering progress towards a sustainable financial system.

“The needs of investors for corporate sustainability information are growing faster than any improvements in company reporting. So we welcome all views on how best to improve this directive.”

The post EU is warned that sustainability standardisation ‘promotes box-ticking’ appeared first on Board Agenda.